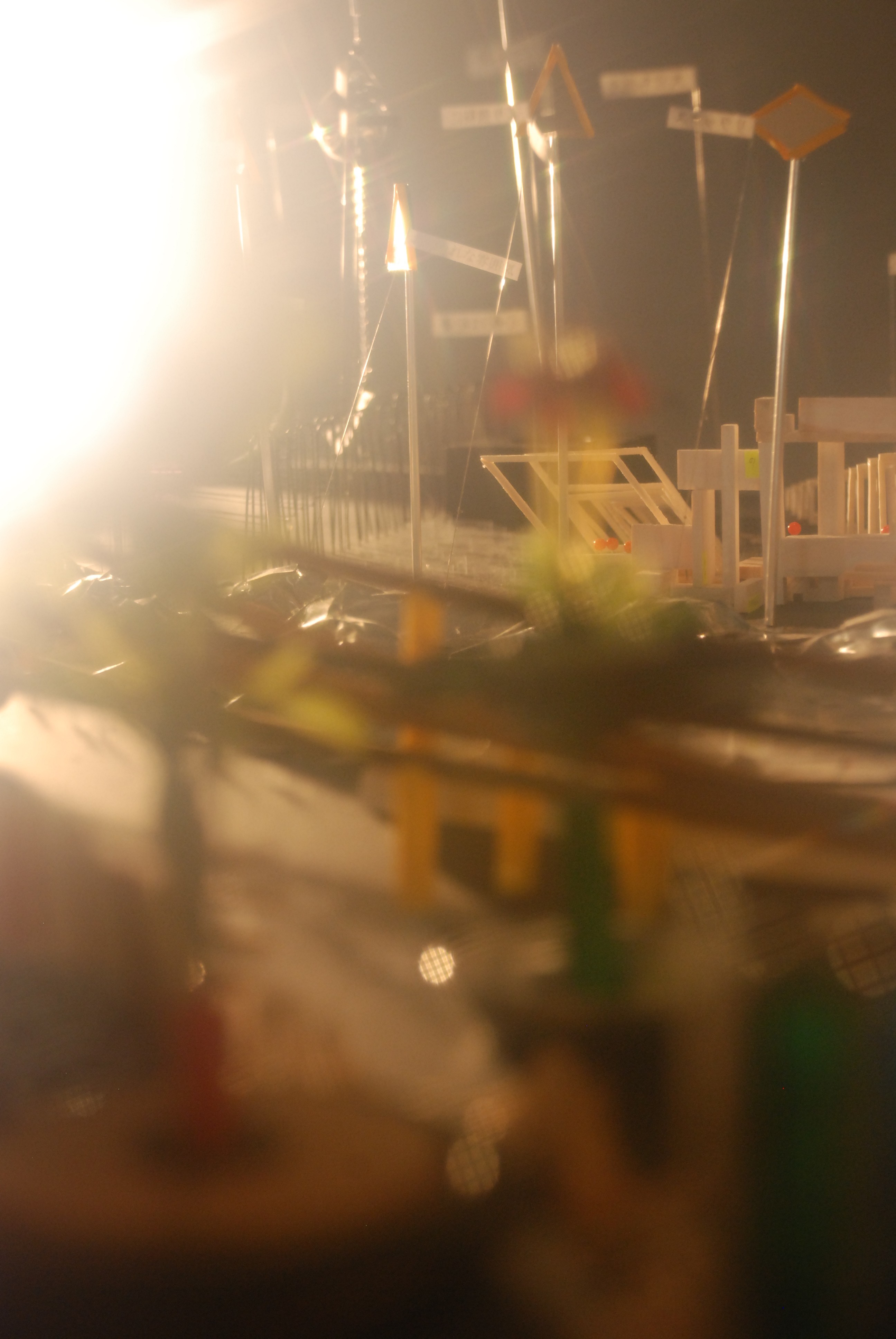 ABSENT CITY is a multi-layered installation which includes several kinds of media such as music, photography, TV monitor, radio, texts, and a maquette. The artist presents architecture as a sense and awareness with psycho-sociological approach towards the city. It accompanies several projects such as below.

SOCIOLOGICAL LUNCH, 18-24/02/2008 13:00-14:30 daily, Performance & Documentation I had appointed lunch with different people every day. Every lunch was scheduled for 90 minutes and documented by audio recorder and video tape. The guests were interviewed by me and secret agents simultaneously.