Performance | The Aesthetics of Duality 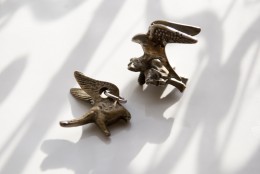 Megumi Matsubara sets up a one-night installation at Dar Bellarj, and reads “The Tale of the Japanese and the Garden” followed by a conversation with Abdelghani Fennane
Music by Clovis Lemée based on Megumi Matsubara’s music score “I imagine it is beautiful”

When you write, are you a writer or a reader?
When you read, are you a reader or a listener?
And which one holds our imagination—or neither?

Japanese artist Megumi Matsubara and Moroccan poet Abdelghani Fennani will both read their texts with Arabic subtitles, and open a dialog about the aesthetics of duality. Exchanging their understandings of multilingualism, exophony, gender, and translation, the two will explore the space of resonance—
(Language: English, French)