music concert at Institut Mohamed 5 for the blind and visually-impaired, Fès 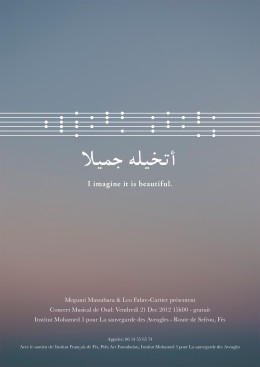 The students at the blind school (Institut Mohamed 5 for the blind and visually-impaired) have been on strike to claim their rights since October 2012 until now. Based on the theory of Andalusian oud (ancient Arabic instrument) that relates colours to the tones of music, the collected voices and essays about red written in Arabic Braille were translated into the sound of music.