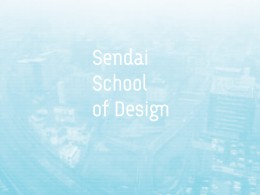 Assistant (Megumi Matsubara & Hiroi Ariyama) is invited as a guest creator for Sendai School of Design’s Creator-in-Residence. The program aims at site-specific production by artists/architects/designers, combined with workshops together with the students of the school.

Our project is to build Ghost House, a part of House of 33 Years and homage to Philip Johnson and his Glass House. Our Ghost House is given the same name and proportion as the folly that stands in Philip Johnson’s house which was originally built as an homage to Frank Ghery in 1984.

*Megumi Matsubara will be in attendance for one week in early July.