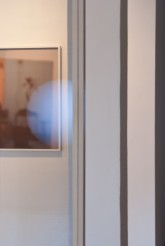 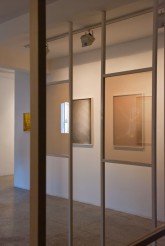 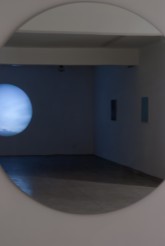 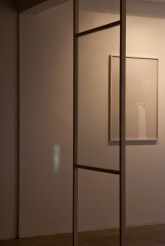 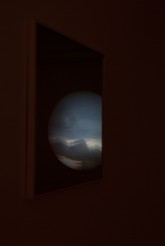 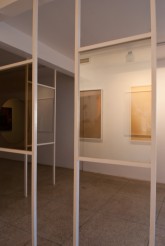 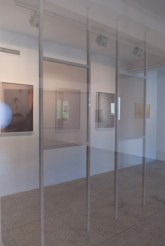 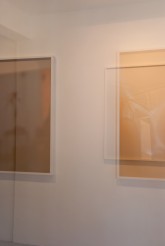 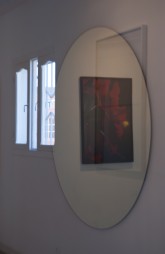 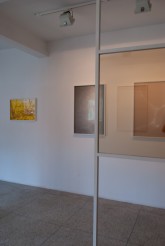 “Walk Straight became the title of this show, because I find this act very difficult.
(Also, the plan of the gallery is L-shaped)”
~ MM

Voice Gallery is pleased to invite you to the private view of the solo show Walk Straight by Megumi Matsubara, held in the spaces of the gallery in Marrakech on 30 May 2014 at 19:00.

The Japanese artist presents a complex project composed of two different works: the first nucleus is disposed along the vertical visual axis the spectator encounters entering the gallery; the second part is represented by the video installation present in the environment that is oriented on the axis ideally orthogonal to the first. The two different installations intersect intensifying references and gazes and interlocking the different points of view.

Since the first impression the public can recognise that the centrality of photography is a metaphor of vision. The presence of different screens, some transparent, others reflecting or semi-reflecting, allows the act of vision to reveal itself as an action and a process that is by no means involuntary. In fact, the spectator is immersed in a machine of vision where seeing becomes a spatial experience.

In the first ambient of the gallery photographs shot in the artist’s home in Fès are exposed; in these the image, at times, loses contact with the original referent through the process of re-photography, where shadows and reflections produced by shiny surfaces or glass frames emerge. The vision of some of these images is complicated further by the addition of suspended semi-reflecting glasses of a sepia colour, which slightly darken the underlying picture. In other cases, instead, the vision is direct. The screens, placed at a certain distance, exponentially multiply the trick of reflection inserting, in the flux of images staged in the installation, the representation of the very spectator, indispensable element in the visual device created by the artist. On the background wall a red flower, also a photo of a photo, whose vision is forced through the transparent glass interposed between observer and work, faces the spectator exposing a reflection that only by careful observation can be recognised as part of the image and not as an effect of the glass intruding between the two elements of the visual relation (subject and object).

The second body of work, part of this installation, which crosses the first group of works with a redundant effect, is composed of a circular projection of a video in which 3000 photos of a sunset are edited in a loop. The shooting time of the sunset is stretched on a timeline of about twelve hours where single images slowly transform into one another through the morphing effect to which the artist submits the whole sequence. On the wall opposite the projection a mirror is mounted. Only in that moment when one turns one’s back to the projection, going towards the exit of the exhibition space, the public will see at its front the mirror giving back their profile, outlined by the image of the sunset, slowly coming in succession behind.

Megumi Matsubara operates a spatialisation of vision that transforms the very act of seeing into an analytic process of composition and decomposition which the observer can enact not only with the eyes but also with the rest of the moving body. Passing through the space of the gallery enables the observer to “know” the images – and the act of vision itself, of which the project is an allegory – exclusively by moving through it, in a spatial depth perceptible despite their being two-dimensional.