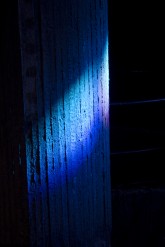 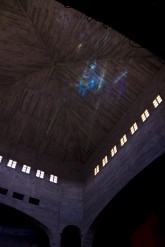 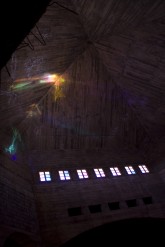 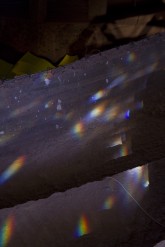 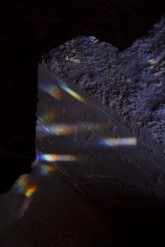 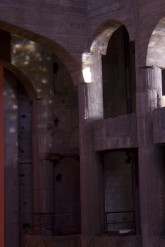 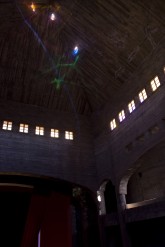 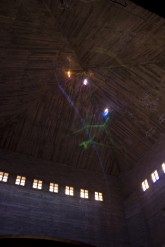 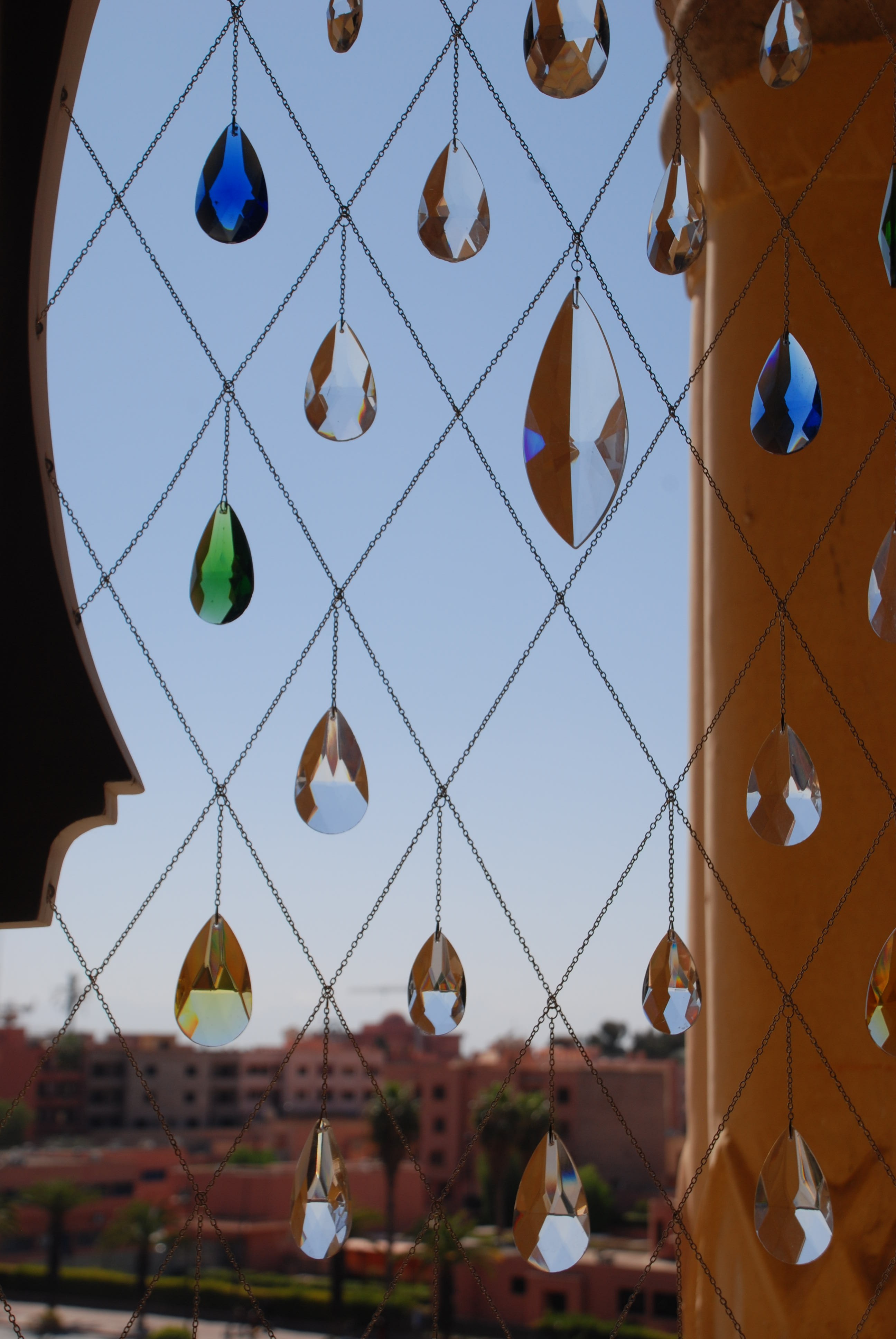 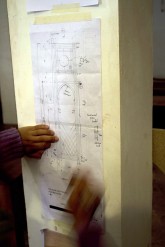 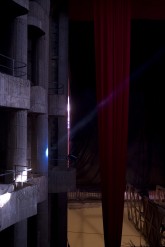 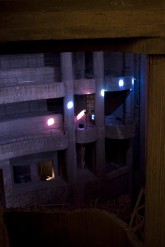 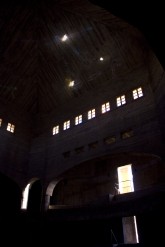 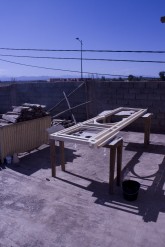 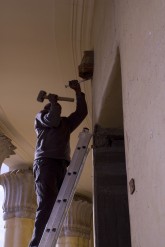 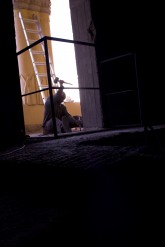 Commissioned by Marrakech Biennale 4, this site-specific work was developed for the ruined main opera hall of the Royal Theatre in Marrakech. The architecture was left unfinished over more than 20 years. The theatre’s architecture was commissioned by the King but the architect’s design resulted in the fact that about 20 percent of the seats have no view of the stage. The project was abandoned due to that reason.

“Void/Between” directly interacts with this architecture using the presence of the Moroccan Sun. By replacing the top south door of the theatre as well as controlling light coming from the top windows, the site-specific piece was developed to intervene the sunlight that comes through the windows and doors to the main theatre, altering the experience of the entire opera hall: The light reflection drew ever-changing paintings on the ceiling and traveled up the walls during the afternoon till the sunset. The installation was fully dependent on the movement of the Sun, and disappeared when the Sun was absent.

The natural light is the only method to illuminate the abandoned void. The effect of this architectural intervention in one way subtly alternated the experience of the entire theatre, but that experience was dependent on the movement of the sunlight. In this work, some will see only the effect projected in the space, others may see the door designed to let in the light as an mere object, depending on conditions such as where the light comes from, where people stand, or simply their attention.

“The name of my piece is ‘Void-slash-Between’.
The concept of the piece is to interact with the architecture using the sunlight.

I replaced the original door to my piece, and I made it transparent. Another thing is that I applied special prisms on the top windows. I had to go up on the roof—people told me nobody had been up there for more than twenty years, it was kind of scary.

The effect inside the space… as you can see it is really dark. But during the day, especially in the afternoon, the sunlight comes through this door, and the effect is, through the prisms, you see the effect on the floor now floating like the fish, this will climb up the wall of the theatre, until the sunset it keeps moving.

I couldn’t control everything because I was interacting with the sunlight.
Moroccan sun is always there. It’s very complicated if I wanted to play with it.
Without the sun, my piece disappears.
You see just the object but not the entire installation.”