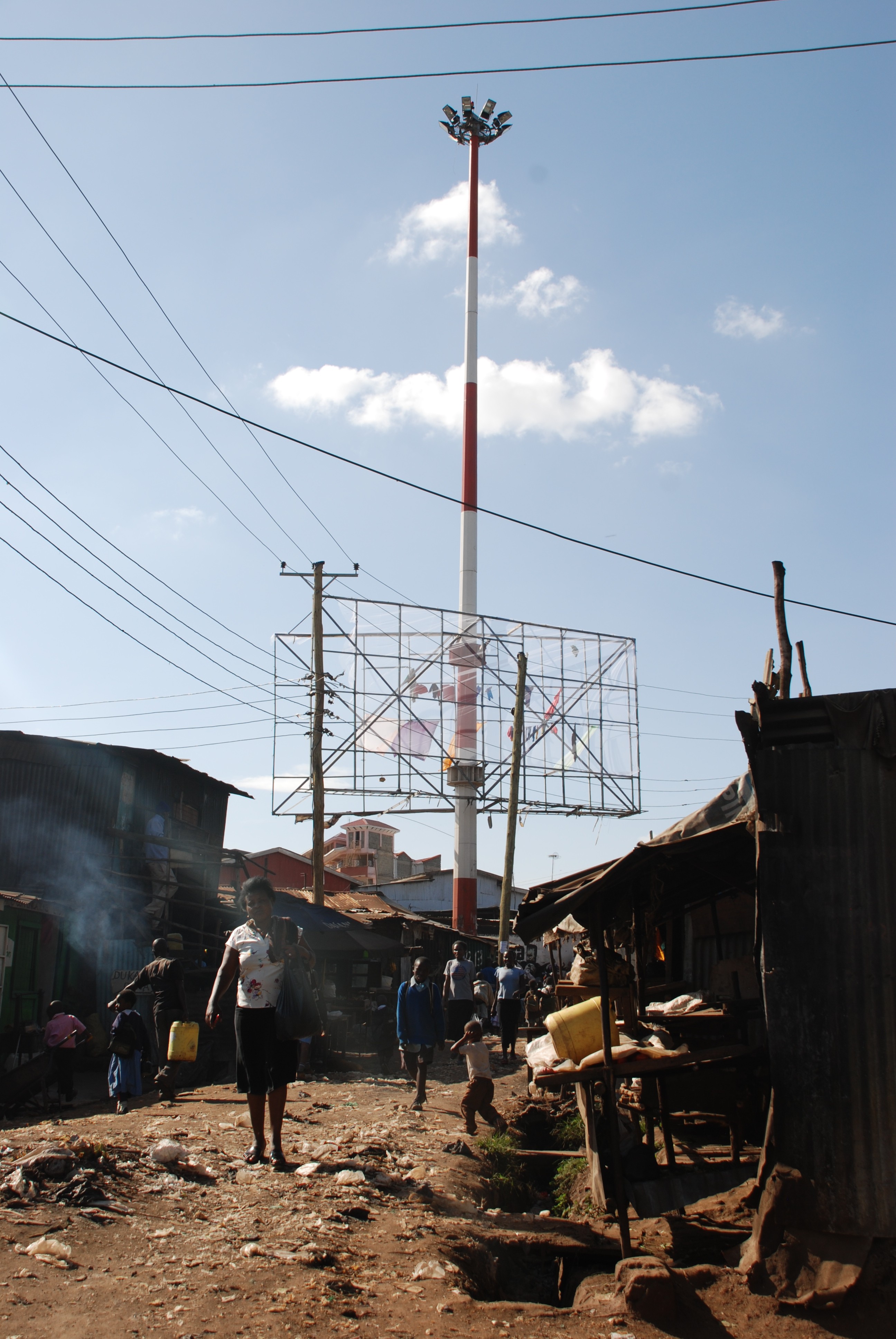 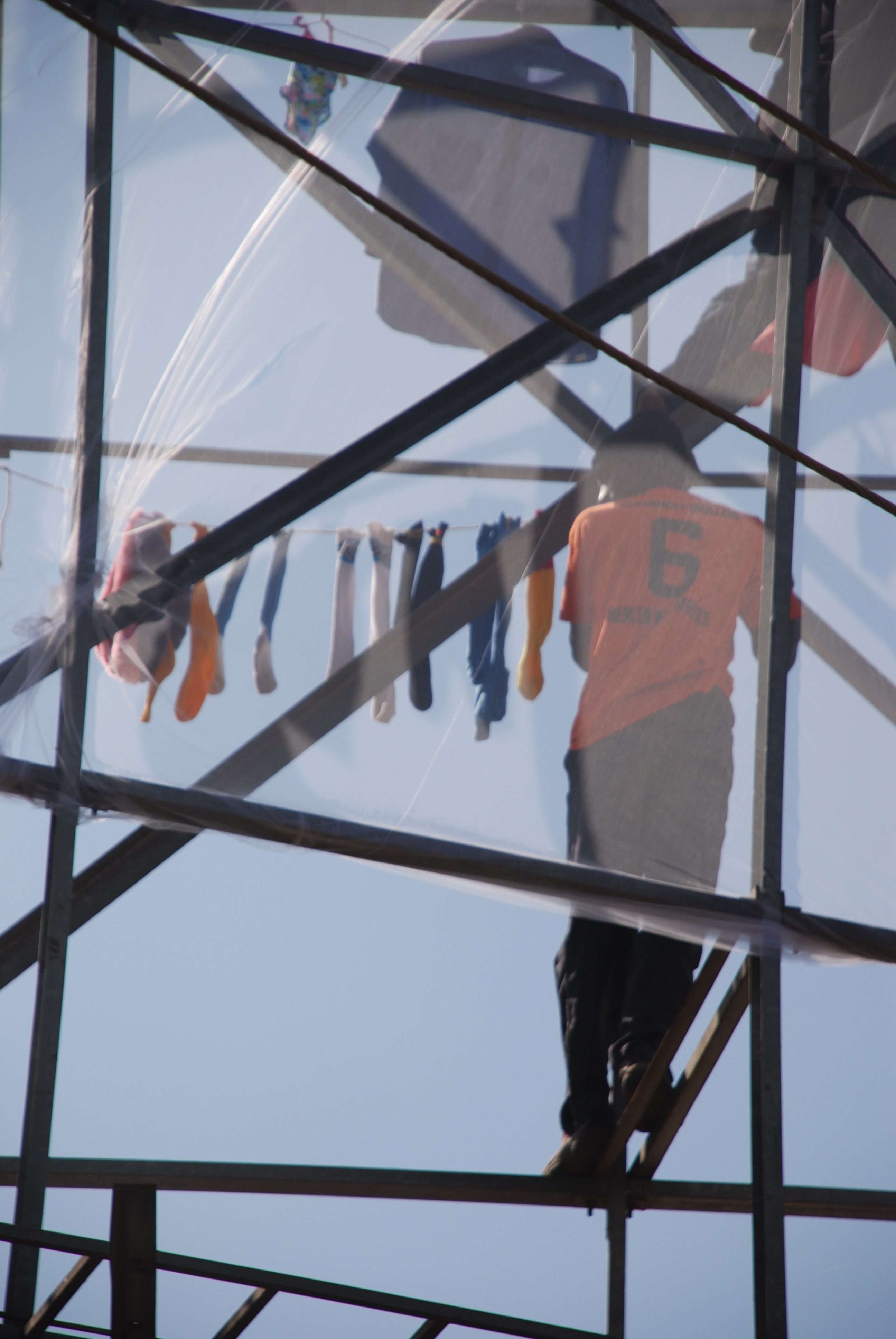 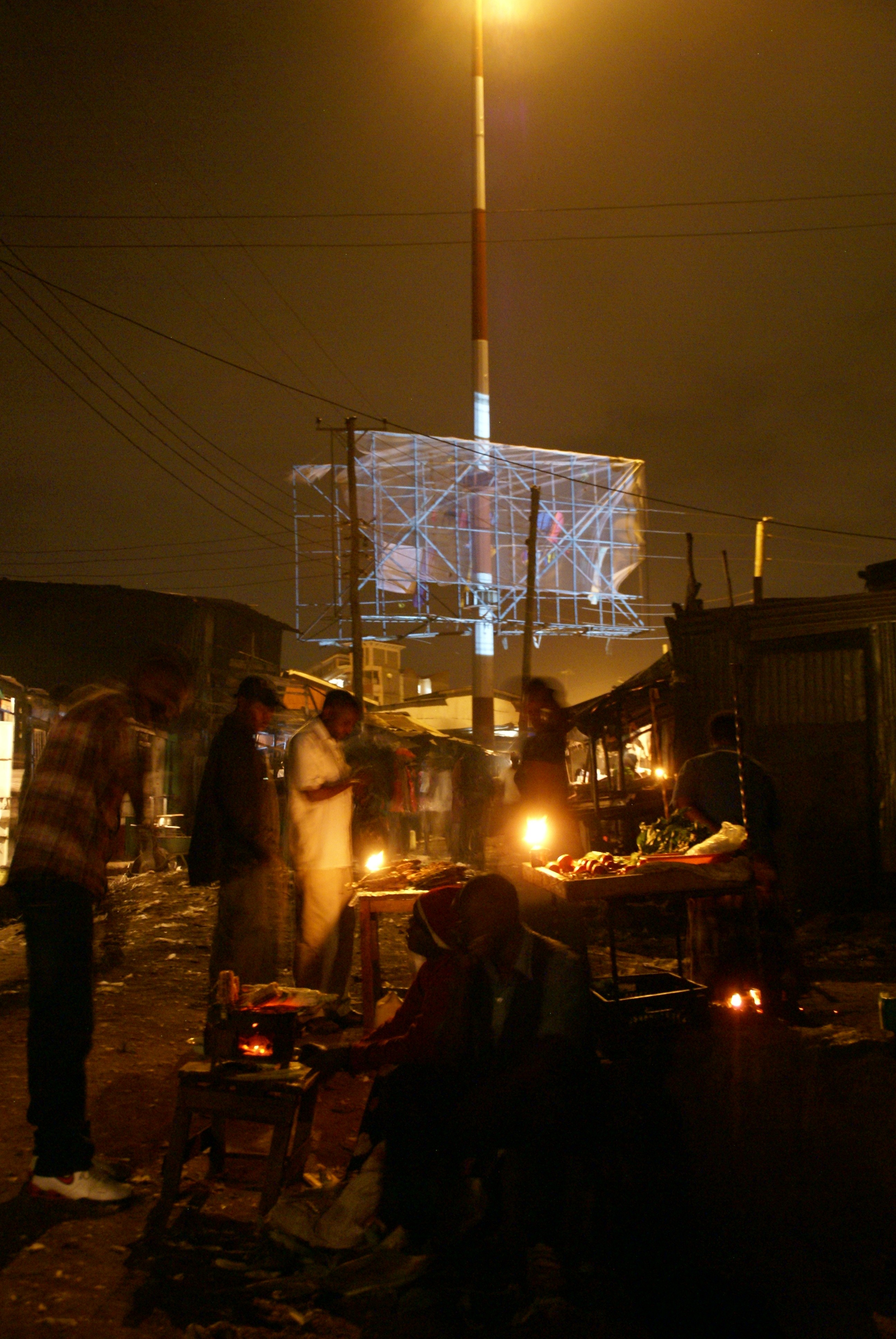 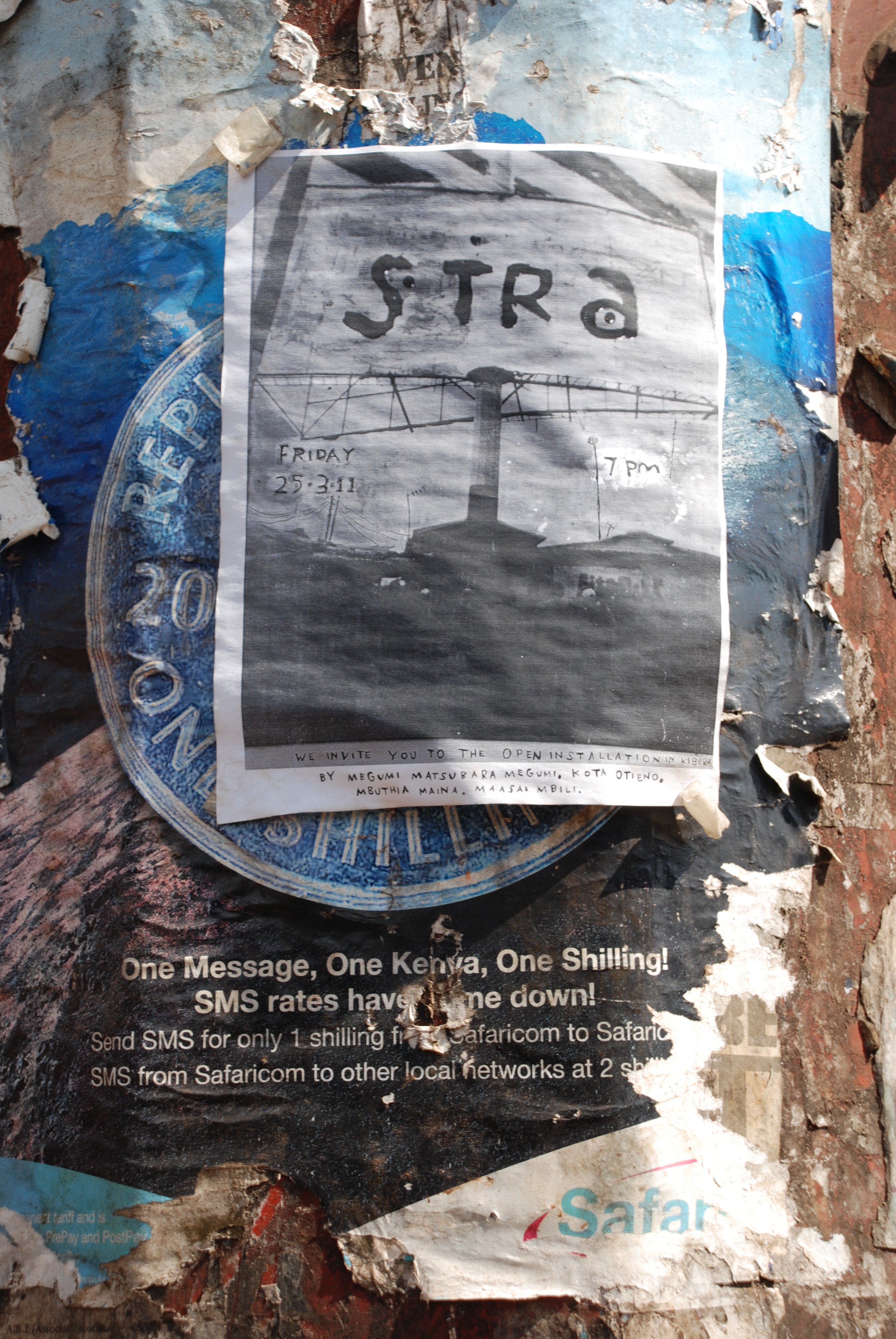 An empty billboard standing in the heart of Kibera, the biggest slum in East Africa was temporarily decorated by familiar objects in this public installation. A translucent curtain sized 6m x 12m was installed on one side of the billboard to show the shadow of the objects behind during the day. At night, the photographs of the local life shot by the artist were projected upon the textile. The project both sensitively and dynamically revealed the history and story of the billboard as it developed, through endless negotiations with the local residents including opinion leaders of the area.

STRA from Megumi Matsubara on Vimeo.