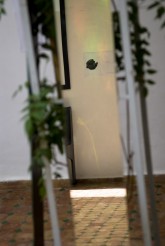 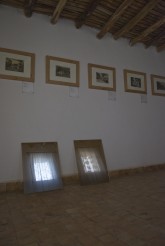 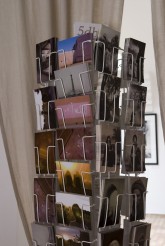 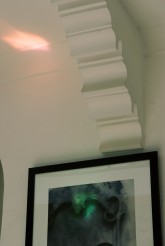 I am the slow
prisoner of the sleepy world;
neither dawn nor dusk ever ends.
The night. Nobody. I am to
form the tasteless world.

In her latest solo show RÊVEURS RÊVE RÊVES, Megumi Matsubara is strongly inspired by the relationship that she has developed with the blind children she met in Marrakech. Matsubara asked the children what they dreamt of in the night. Through those answers, where neither of them have visual control, she has woven a narrative that can be possessed by all.
The work projects a shared imaginary world that begins to co-exist with the world you live in.

The exhibition consists of:
– architectural interventions in the space
– the original sculptures made by the blind children during the pottery workshop with the artist
– a proposal for a text book to learn Braille and other languages
– 7 kinds of original postcards of Morocco 2012 photographed by the artist
– an artist book; My Imaginary Lagos, limited to 500 copies & numbered

The structure of the exhibition as a public event was precisely designed by the artist to reveal the invisible issues that lay in both physical and societal layers.

The following text is a summary of the conversation exchanged with Farid Zahi (critic) at the opening talk.

In the selection of the photograph for the main poster of the exhibition, the artist’s agenda is already clear. The portrait is a face of a girl from the village near Marrakech whose face is never seen in the city. The invisible presence unexpectedly guides you to this show.

The exhibition starts with the constantly changing light effects interacting with the main exhibition space. In this room, a diverse series of portraits of Moroccan population is presented. The artist controls the reflection of the sunlight to interact with this space. The effect is also dependent on the weather, the wind and even the goldfish swimming in the fountain in the centre of the room. The notion of the light is juxtaposed with and overlaid upon that of photography to shed light on things beyond the images. Four pots of plants slightly desaturated in colour are also the artist’s intervention. With a gentle touch, these plants leave a strong smell in your hands.

In another room, the postcards printed in colours presenting Morocco of 2012 are juxtaposed with the images by a French photographer Marcelin Flandrin shot just exactly a century ago. They renew the image of the country in a modest manner. By exploring the museum, one also finds the pottery sculptures made by the blind children discreetly scattered around the exhibition. In gaps between the photographs, graphic prints of those sculptures with descriptions in 2-dimensional Braille and English are tacked.

In the last room, a pair of half-mirror glass lean against the wall. The glasses show reflections of the windows on the other side of the room; a pair of open windows with which the artist replaced the curtains to translucent white fabrics and attached flower-print films.
Within the first two steps to enter this small exhibition space, a visitor is expected to notice these most subtle reflections. So discreetly arranged, the phenomenon is extremely fragile and easily ignored. The presence of the work totally relies on the viewer’s attention. The artist’s intention lies in such ephemeral moments that can only exist between the work and the viewer’s attentiveness. The challenge is in creating moments so frail therefore exceptionally intimate and strongly remembered once they are discovered.

The artist’s agenda is communicated through the nested structure of the exhibition composed of multiple elements. Through the choice of venue, fragmented narratives, manipulated spatial experiences, the artist weaves a rather complicated context into a pattern of aesthetic sophistication.

The question is what we see beyond our eyes. The artist’s attempt can be seen in her interpretation of the notion of light; the discreet lines crossing the darkness.

Produced with the support of La Fondation Dar Al-Mamûn.