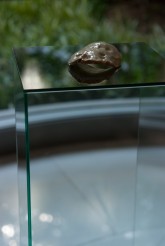 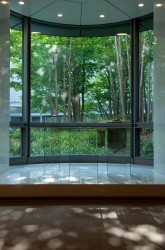 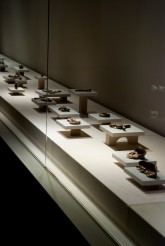 I am the slow
prisoner of the sleepy world;
neither dawn nor dusk ever ends.
The night. Nobody. I only have the words to form the tasteless world.

I touch you. You touch me.

This was a phrase written in the textbook in one of the first English classes in my childhood.
Kids were laughing when they saw this text. We don’t have a culture of casually touching each other’s body in Japan.
This sounded like a useless phrase.

But how can I know you, without ever touching you?

Four years ago, I met seven Moroccan students who were blind. I joined their classes to know them. After some weeks, I asked one question:

Did you dream last night?

With this question, I was once rejected.
With the same question, another time I was given a key to enter their secretive worlds.

Once, to those same children, I handed some clay and asked them to sculpt whatever that come to their minds.
The result was a myriad of objects, totally unknown to myself. About every object, to each student, I asked a simple question:

A proposal for a textbook to learn Braille, English, and other languages is an assemblage of internal visions: a modest presentation of the vast field of profundity where language becomes obscure, yet true to its original raison d’être; a means to describe one’s internal vision, and not external images.
My job was to sense each moment of completion and secure the objects from the sculptors. The fragility of the sculptures was not only material.
Images come and go in our minds. Without any hesitation, they would reshape them into something else.
The process was a battle where consciousness won over visual reality.
They saw in their minds, I saw with my eyes.
The battlefield was a plain field, where an obscure language ruled.

My fingers are illiterate. My eyes began reading braille before the fingers.
Graphic Braille.
With such fingers incapable of reading, how am I touching you?

At my first visit to Aichi, I encountered God of Eye; enshrined behind Atsuta Shrine, a house for God of Light manifested in the form of Sacred Sword.
I heard about two schools for the blind in the prefecture at the same time, and visited them.
Did you dream last night?
I asked the students in Japanese, the same question I asked in Marrakech and Cairo.

Dreams—
In the world of dreams, our eyes are equal.
It is an obscure language that rules the space.

We don’t casually touch each other in Japan—Really?
Even if we stay as close as we meet in our dreams?

Aichi Prefectural Ceramic Museum stands in Seto. Surrounding it is a garden and earth.
I developed a desire to invite the two schools to that place, within which I would prepare a space to explore our sense of touch.
To exercise our touch, I desired their bodies that were finer than my fingers.

Fossil of Contact collects multiple forms of contact printed on clay.
Bare feet walked against the lawn, body weight leant on the stone, nails confirmed the bending twigs, with the presence of nature on each other side.
Hand in hand, fingers linked, two persons shaped their contact in search of a familiar smell.
Body against body: two hands grabbed a wrist, fingers touched a neck, a palm followed a leg, to dance a duet with a dancer.
Countless shapes formed. Faithfully, our bodies remember them all.

The forms made of clay became solid after touching the kiln. They were fired at a temperature much higher than that of our bodies.
I gathered trees and plants in the garden and reduced them to ashes, then covered the surface of the clay. My hands splashed the ashes, touching the shapes formed by other two hands.
The colour was defined by the ashes and fire, before all contacts were sealed and the glassy glaze formed.

Ash gray. A colour of obscurity.
It is the colour that belongs to the space between us two.
Glazed and dimmed, it keeps a temperature that chills my hand.

Megumi Matsubara weaves together various media including photography, sound, light, and text for her creation of spaces, taking an architectural approach as a departure point. These works are inserted into existing environments so as to reconfigure them, achieving an exquisite balance between presence and absence. Her recent explorations of these themes are manifested in various ways, from performances to artist books consisting of texts and images. Each pursuit elicits a distinctive spatial awareness, making it seem as if dreams and mental images were superimposed in a visual realm. As a member of the architectural studio Assistant, which she and Ariyama Hiroi founded in 2002, Matsubara has presented architectural projects such as House of 33 Years.
In Morocco and Egypt, Matsubara organized clay-forming workshops with blind students, whose sensitive objects were cast into bronze in Italy a few years later. In Aichi, she invited students from two schools for the blind in the prefecture to Aichi Prefectural Ceramic Museum and gave workshops to explore our sense of touch, using clay to record multiple shapes of contact between human/human, and human/nature. Combining ceramic, bronze, photographs, and texts, she sublimed them to a unique space of stories.

Japanese artist Megumi Matsubara exhibits a new series of ceramic works made in collaboration with dancers and students from the Nagoya and Okazaki School for the Blind. The withdrawal from one of the five senses in the process of sculptrue making rendered a different phenomenological outcome. The pieces were created in movement as they walked on clay placed on the ground; the students supported the clay onto the body of the moving dancers while dancing themselves, creating a dynamic relationship between humans, material and space surrounding them. The ceramic pieces grew out of a narrative determined by a different set of perspectives, which does not privilege the sight, but touch, movement and chance.